As a reminder, Medicare Supplement, also known as Medigap, are policies designed primarily to supplement (or fill the gap) Medicare benefits. You simply present your red, white and blue Medicare card to the provider or facility along with the Supplement / Medigap card to help with out-of-pocket costs; such as deductible and co-insurance amounts with Original Medicare Part A and Part B.

Currently, there are 10 standardized Medigap plans, each represented by a letter (A, B, C, D, F, G, K, L, M, N; both Plans F and G offer a high-deductible version). These plans are available in most states. While premiums will vary from state to state the standardized benefits of each lettered plan remain the same despite the insurance company or location. For example, Plan F benefits are the same in Florida as they are in New York. 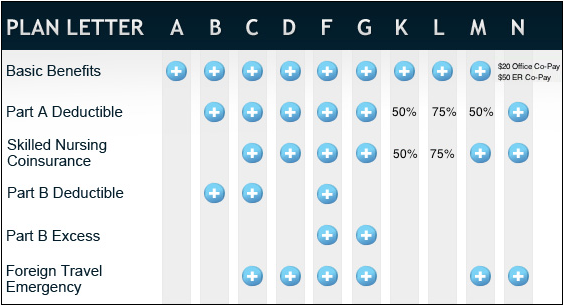 Q: Is there an Annual / Open Enrollment Period?

Most people buy their Medicare Supplement / Medigap policy during the six month period after they first enroll in Medicare. After that, in many states, Medigap insurance companies are generally allowed to use medical underwriting to decide whether to accept your application and how much to charge you for the Medigap policy.

Q: So How Do New York State Residents Have More Protection?

New York State laws and regulations continue this open enrollment period. A person enrolled in Medicare Parts A and B may purchase a Medigap policy at any time. Insurers may not consider an applicant’s health status, claims experience, or age. Laws in New York also prohibit insurers from basing Medigap premiums on age and charging a higher premium as they grow older. Also,

Q: But What About Pre-Existing Conditions; Are They Covered?

Medigap insurers may impose up to a six-month waiting period to be covered for any preexisting conditions a person may have. Federal law and New York State regulation define a preexisting condition as any condition for which medical advice was given or treatment was recommended by or received from a physician within six months before the effective date of coverage.
Under New York State regulation, the waiting period may be either reduced or waived entirely, depending upon whether an individual has had previous health insurance coverage. Medigap insurers are required to reduce the preexisting condition waiting period by the number of days an individual was covered under some form of “creditable” coverage so long as there were no breaks in coverage of more than 63 calendar days. Translation: If you are switching from a “creditable” plan that you have held consecutively for six months, New York regulation requires the new Medicare Supplement / Medigap plan to reduce or waive the six month pre-existing condition waiting period.

[…] can shop and change their Medicare supplemental plan without regard to pre-existing conditions.  Click here to read Dan’s earlier post to learn how and click here to request an individual […]

[…] can shop and change their Medicare supplemental plan without regard to pre-existing conditions.  Click here to read Dan’s earlier post to learn how and inquire below to request an individual […]

[…] co-insurance amounts (assume 20%) that are your responsibility, many retirees purchase a Medicare Supplement Insurance policy that is accepted by providers and facilities throughout the US alongside […]

[…] change their Medicare Supplement plan at any time of the year and without medical underwriting. (Click here for details) If you reside outside of New York State, and if this is after your Initial Enrollment […]

Dan, You are through in your explanations. Great!

Just a suggestion: put a colon after âPoliciesâ in first sentence below:

Thank you,Bob for the kind words and proofreading tip. 🙂 It’s always great to hear from you. Best regards, Dan

Hi Dan, Thanks for the informative tips on reasons why people switch Medicare policies. That is a good way to let people know you have a handle on the topic. Glad people don’t switch their LTC INS policies when they get them. What a mess and pain in the ass that would be. Are you still doing med sups thru AARP or some other venue? What is working the best for you? Do you still find that it is worth your time and energy to provide this coverage? All the Best! Louis

Hello Louis,
Thank you for the note. Yes, federal and state regulations govern when a Medicare participant can enroll in and change their Medicare Supplement, Prescription drug or Medicare Advantage plan. It’s not widely known that New York State offers Medicare participants further protection in the area of pre-existing conditions and so I try and share these nuggets of information as I learn. We’re all in this together. Yes, I offer the AARP endorsed Medicare Supplement plans in several states, including New York, and it’s keeping me very busy. All the best back at you! Dan

Disclaimer: We do not offer every plan available in your area. Any information we provide is limited to those plans we do offer in your area. Please contact Medicare.gov or 1-800-MEDICARE to get information on all of your options.