On January 1, 2006, the US federal government introduced a program to subsidize the costs of prescription drugs and prescription drug insurance premiums for Medicare beneficiaries.  You must enroll in a Part C (Medicare Advantage with Drug) or Part D (Stand Alone Prescription Drug) plan to participate in this federal-government-subsidized drug program.

Here’s a summary on how these plans work.

In 2017, Part C and Part D plans often require you to first pay a defined deductible, then use tiered drug co-payments from you up to an initial coverage limit of $3700 – which is the full retail cost of prescriptions. Once this $3700 initial coverage limit is reached, you will have to pay a larger cost share of your prescription drugs up until your total out-of-pocket expenses (deductible and copay expense excluding) reaches $4,950 infamously referred to as the “Donut Hole”.

Similar to many auto and home insurance plans, some Part C (Medicare Advantage with Drug) or Part D (Stand Alone Prescription Drug) plans include an annual deductible where you pay the total cost of drugs until you reach the deductible amount.   Some plans set the deductible only for brand name drugs; check for your plan specifics. (Deductible payments are included in the amount counted toward the $4950 Maximum Out of Pocket level for 2017.)

In this stage you share cost with your Part C (Medicare Advantage with Drug) or Part D (Stand Alone Prescription Drug) plan, usually as fixed amount copays or percentage co-insurance.  The plan pays for the rest until the Total Drug Costs paid by the plan and you (including the Stage 1 Deductible) reach $3,700. 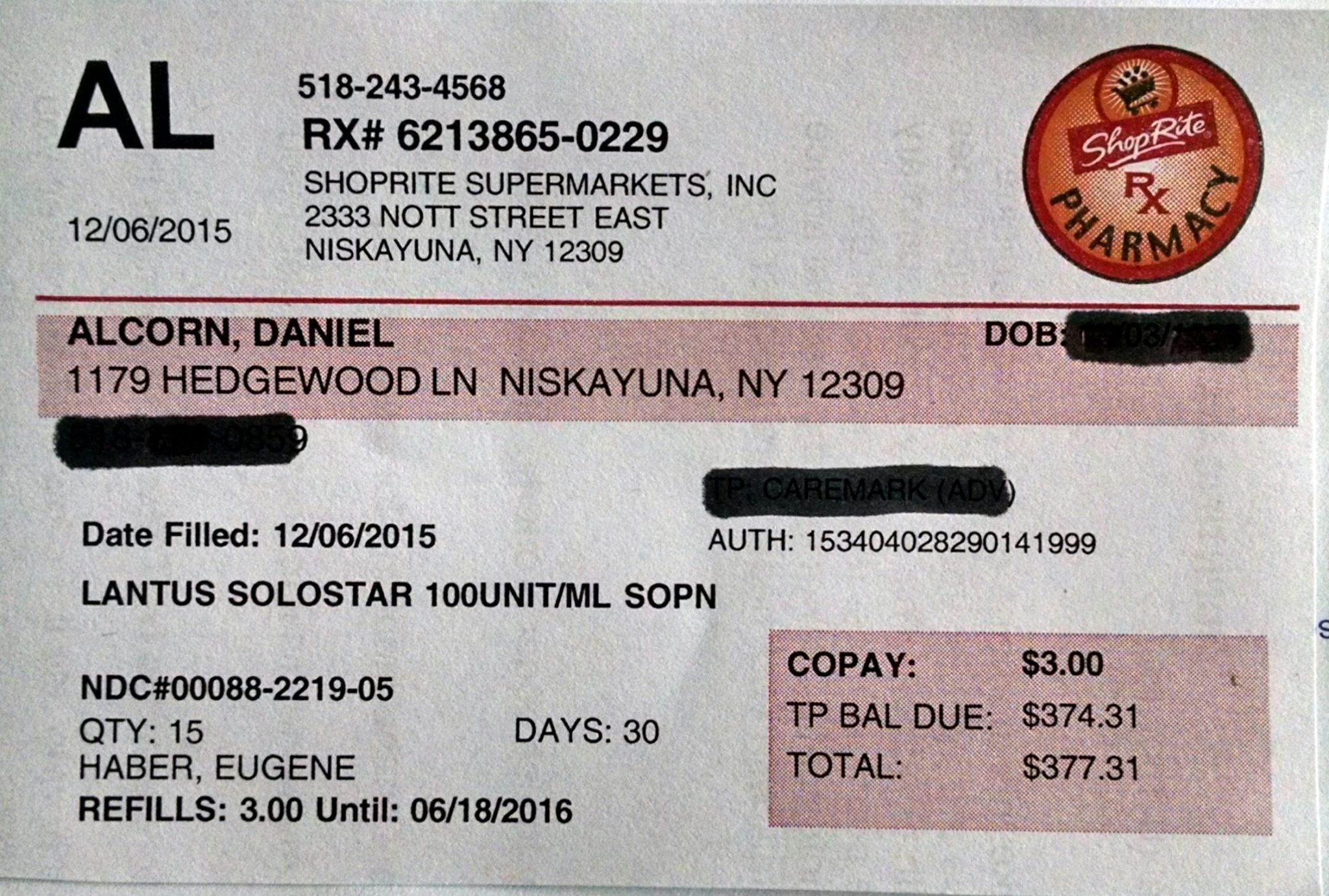 In this example, the copay was $3.00 and the plan paid $374.31. Added together, the total $377.31 would count toward the $3,700.  After ten refills, the total $3,773.10 combined paid by the plan and member would exceed the $3,700 Stage 2 Initial Coverage.  The beneficiary member would then have exhausted the plan’s Initial Coverage and incur higher cost sharing in Stage 3, the Coverage Gap or “Donut Hole”

This is when my phone rings.  The conversation goes like this:

Client: “Dan, my prescription refill usually costs $X and today I was told the copay was double or triple that amount.”

Me: “Have you been receiving reports from the plan showing how the total cost of your prescriptions, what you and the plan paid together, has been creeping closer to that $3,700 threshold?”

Yes, having exhausted the $3,700 in Stage 2 Initial Coverage, you now incur greater cost sharing.  In 2017, when you reach this stage you will be responsible for 40% of the cost of brand name drugs, 51% of generic drugs.  Then, once your year-to-date deductible, copay and coinsurance costs (Stages 1-3) reach $4,950 you then move to Stage 4.

Stage 4: Catastrophic Coverage after your out of pocket reaches $4,950

After the Stage 1, Stage 2 and Stage 3 combined Out of Pocket deductible, copay and coinsurance costs reach $4,950, you pay very little and your Part C (Medicare Advantage with Drug) or Part D (Stand Alone Prescription Drug) plan pays about 95% of the cost until the end of the year.   Then, on January 1, new plan begins again in Stage 1.

Below are a few suggestions on how to delay the day by which you enter the “Donut Hole” Coverage Gap and stretch your copay dollars all year long.